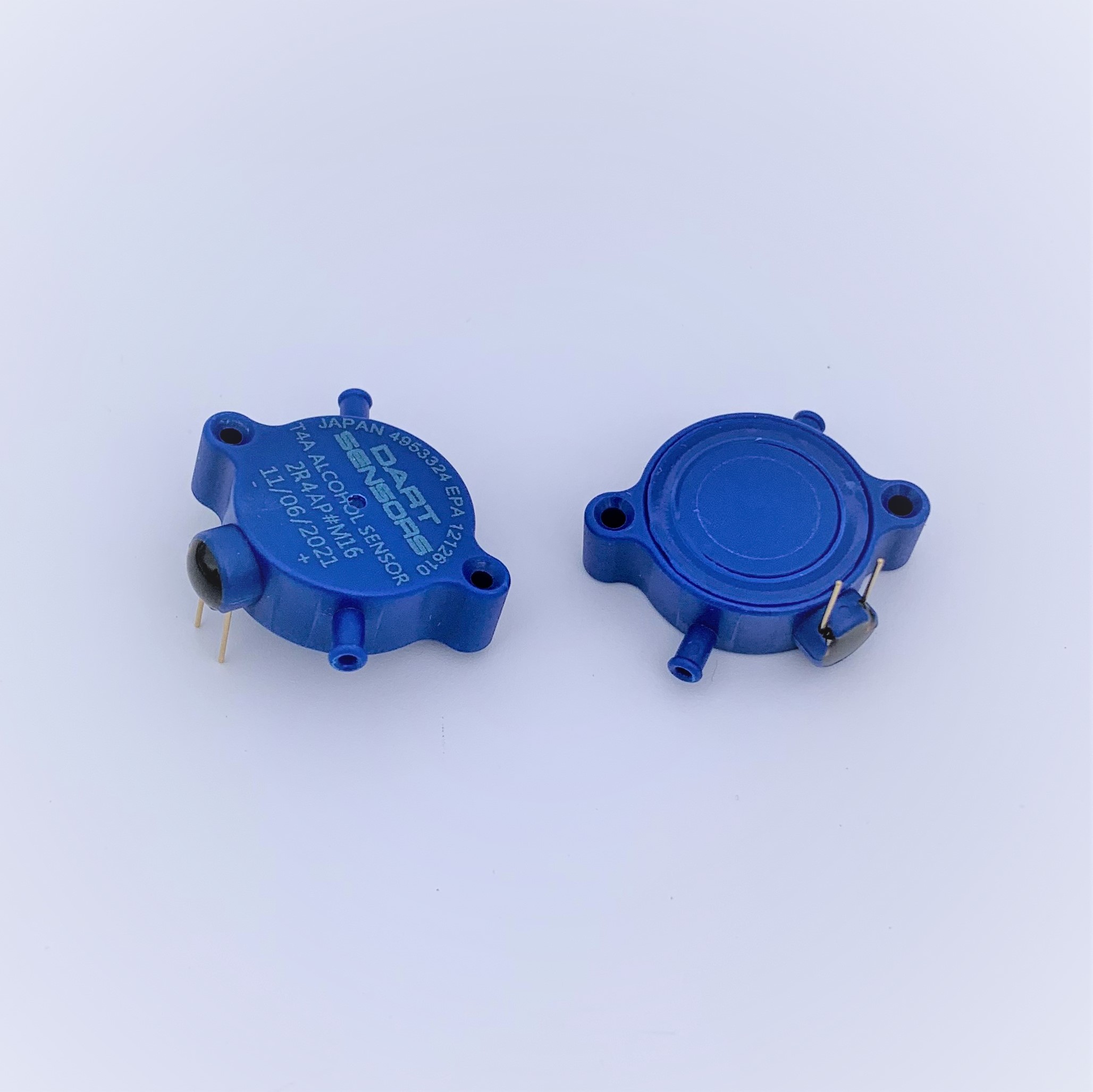 Fuel cells seem to be much in the technical press news these days. Fuel cell powered cars, trucks, buses. Zero greenhouse gas emissions and much quicker in the refuelling than battery electrics. Such is the march of progress. And yet… many reading this will know that Dart Sensors has been making miniature fuel cells for almost 30 years, millions of them. This seems to raise a number of questions. What, exactly, is a fuel cell? What is a fuel cell sensor? What is the difference? When were they both invented? And where? The answers may surprise you: the answer to the last, is Wales.

But let’s begin with the first. What is a fuel cell? The simplest way to explain perhaps is to say that it is the opposite of electrolysis. By the 1830s through the work of scientists such as Faraday (after whom the unit of capacitance is named) it was well understood that if you pass an electric current between two strips of metal through water with a little something added to improve conductivity, hydrogen and oxygen are generated. Sir William Grove was the first to demonstrate that the process could be reversed. Passing hydrogen and oxygen gases over pairs of platinum metal strips, immersed in dilute sulphuric acid, he showed that an electric current was generated. He did this in 1839, and he did it near Swansea, in South Wales.

The fuel cell was all but forgotten for almost a century, until in 1932 it  became the life’s work of Francis Thomas Bacon, culminating in its adoption by NASA in the Apollo moon project in the 1960s. The US President Richard Nixon welcomed Bacon to the White House and told him “Without you Tom, we wouldn’t have gotten to the moon”. After the successful lunar landing of Apollo 11 in July 1969, Tom and his wife Barbara met astronauts Armstrong, Aldrin and Collins at a reception in 10 Downing Street.

Perhaps it was the publicity surrounding the moon landing project that stimulated research towards the end of the 1960s into the application of the fuel cell into electricity generation. For example, in Sunbury on Thames on the site of the BP research centre a research consortium, Energy Conversion Ltd, was set up, employing 400 people. In 1969 they awarded me a PhD research grant to study the oxygen electrode at the Fuel Cell Research Group in the City University in London. Bacon honoured us with a visit. But the technical difficulties in adapting the costly Bacon cell to more mundane uses proved too much, and one by one the investors backed out. By the time I had finished my PhD in 1972, Energy Conversion was down to four employees. Another 40 years would pass before the power fuel cell started again to be given serious consideration.

So what is a fuel cell sensor? Is it any different? Not really. Still essentially a pair of platinum electrodes soaked in dilute acid, taking a tiny amount of a fuel and converting it into current. We could make a hydrogen sensor, but we don’t; instead we actually supply our platinum to a leading manufacturer for its hydrogen sensors. Our fuel gases are ethanol for the breath alcohol sensors, and formaldehyde sensors. Oxygen is simply derived from the air. I already told you where and when the fuel cell principle was first demonstrated. So what about the sensor?

Back again to the 1960s, and drink-driving was becoming an issue. Blood alcohol could be measured, but it was a slow and costly operation requiring an analytical laboratory. What was needed was a simple screening device  which could direct the operation towards those most likely to be in breach of the law. And so the tube and bag breathalyser was introduced, enabling the police to make a quick assessment of a driver’s blood alcohol at the roadside. The glass tube contained acidified potassium dichromate which changed colour along its length according to the alcohol level, the critical point being marked on the glass, and the bag restricted the total breath volume to about 1 litre.

The breathalyser roused the interest of one Thomas Parry Jones, a university lecturer in chemistry who had ambitions to be a businessman. Parry Jones’ research speciality was chromium chemistry. He set up a small company to mimic the device already on sale, and began manufacture. However, for reasons I never knew, he was unable to get it approved in the UK and was wholly dependent on export sales. He started to think around the problem. Wasn’t the tube and bag a clumsy approach? Couldn’t it be done more efficiently with some electrical device which would not be restricted to a single use? He appointed Paul Williams, a research student, to look into it. Paul discovered the work of a team in Austria who were analysing alcohol mixtures by gas chromatography using a detector they called a fuel cell. Paul adapted their design and an engineering team was put together which ultimately produced the world’s first hand-held electronic breathalyser, the world’s first production application of a fuel cell sensor, the Lion Laboratories SL2. This was about 1975, and the work was done in Cardiff, in South Wales. Paul got his PhD and I met him quite by chance at a party on New Year’s eve, 1976. I subsequently worked for Lion until 1984.

As a postscript it is worth pointing out that Dart Sensors was eventually born out of experience gained at Lion and the City University; and as we are discussing firsts, also worth a mention is that the company with best claim to be the world’s first general gas sensor mass producer and seller was also nurtured at the same research group at City by two of my fellow students at the time: they named it City Technology.

Back to Blog
We use cookies on our website to give you the most relevant experience by remembering your preferences and repeat visits. By clicking “Accept All”, you consent to the use of ALL the cookies. However, you may visit "Cookie Settings" to provide a controlled consent.
Cookie SettingsAccept All
Manage consent

This website uses cookies to improve your experience while you navigate through the website. Out of these, the cookies that are categorized as necessary are stored on your browser as they are essential for the working of basic functionalities of the website. We also use third-party cookies that help us analyze and understand how you use this website. These cookies will be stored in your browser only with your consent. You also have the option to opt-out of these cookies. But opting out of some of these cookies may affect your browsing experience.
Necessary Always Enabled
Necessary cookies are absolutely essential for the website to function properly. These cookies ensure basic functionalities and security features of the website, anonymously.
Functional
Functional cookies help to perform certain functionalities like sharing the content of the website on social media platforms, collect feedbacks, and other third-party features.
Performance
Performance cookies are used to understand and analyze the key performance indexes of the website which helps in delivering a better user experience for the visitors.
Analytics
Analytical cookies are used to understand how visitors interact with the website. These cookies help provide information on metrics the number of visitors, bounce rate, traffic source, etc.
Advertisement
Advertisement cookies are used to provide visitors with relevant ads and marketing campaigns. These cookies track visitors across websites and collect information to provide customized ads.
Others
Other uncategorized cookies are those that are being analyzed and have not been classified into a category as yet.
SAVE & ACCEPT